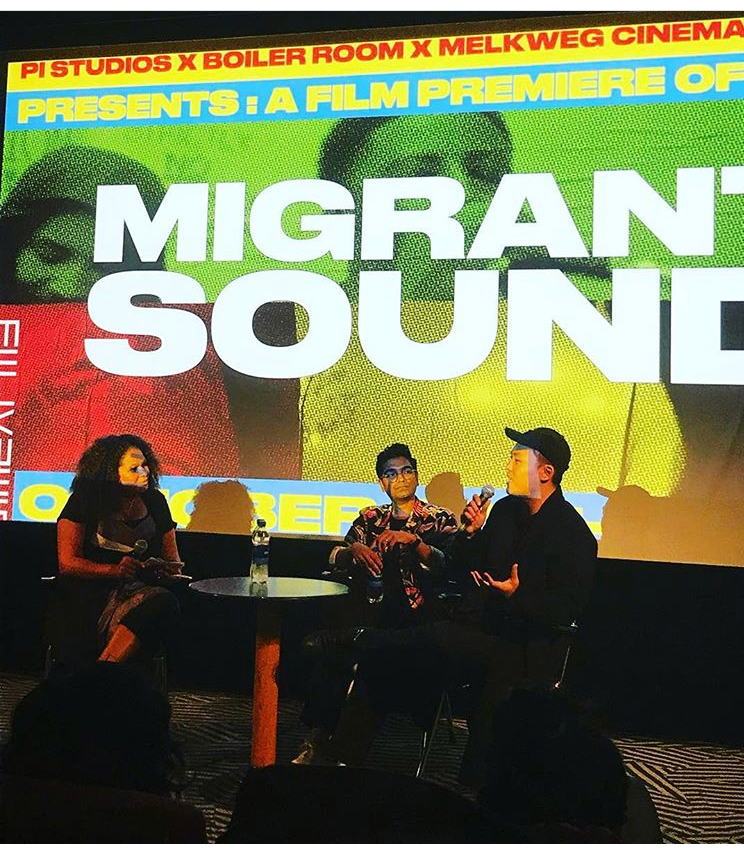 Q&A:
The panel featured Head of Pi Studios Ravi Amaratunga Hitchcock and CCO of Boiler Room Stephen Mai, discussed their thoughts about the project and general views on immigration and music. I was asked to introduce the panel and moderate the Q&A after the screening.

The series Migrant Sound was shown one night only in a special edit to create a unique cinema experience for you! Migrant Sound is a new documentary series from Boiler Room which seeks to explore migration in the UK and look at the impact it has had on music and culture. ‘Migrant Sound’ traces the impact the Windrush generation (Caribbean migrants from the 1950s coming to Britain) had on British music culture over the past 60 years.